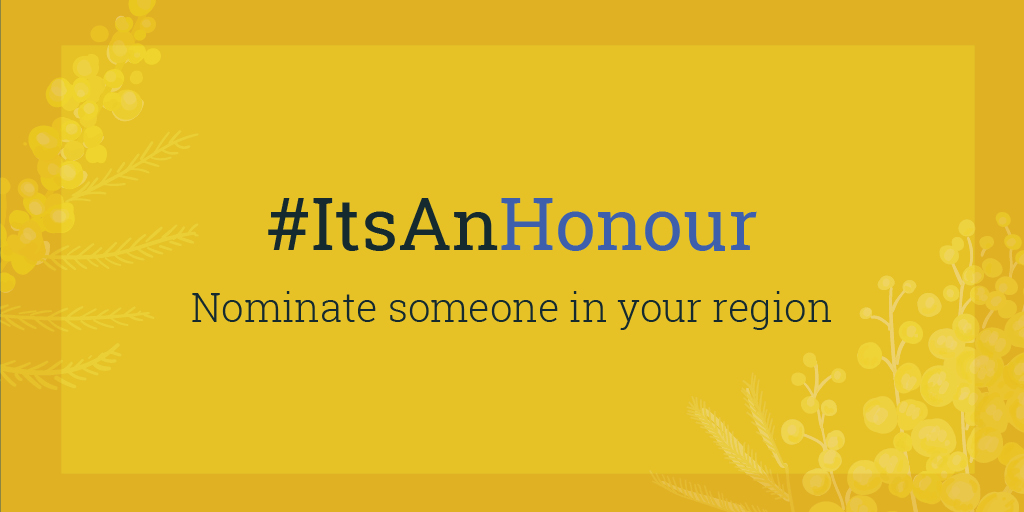 Federal Member for Stirling, Vince Connelly MP, has today welcomed the Governor-General’s announcement of the Queen’s Birthday 2020 Honours List, which has recognised 933 Australians including 6 residents of Stirling.

“In this list we see all the positives that are in our community – we see the great ideas, we see the hard-work, we see the love and compassion for fellow human beings – it’s a microcosm of Australia,” the Governor-General said.

“This list recognises a group of outstanding Australians who have made a contribution to their community, to Australia globally or domestically. Their efforts have been noted by their peers, they’ve been nominated and assessed independently as worthy of recognition.

“I would like to begin by sincerely congratulating Mr Abe Schneider AM for his services to the BMX sporting community in Western Australia, and Mr Mike Wood AM for services to tourism and environmental conservation as Chair of the Bibbulmun Track Foundation and WA Parks Foundation.

“Additionally, I extend my warm wishes to Ms Faye Alford OAM for her significant contribution to the safety and health of children in WA, having fostered over 90 children across 35 years as well as looking after her own 5 children and 11 grandchildren.

“I also congratulate Mr Neville Clark OAM for his significant contribution to veterans and their families, which I know the value of all too well being a veteran myself, along with my wife.

General information about the Australian honours system is available on the Department of the Prime Minister and Cabinet's website at this link.

Sign up to my newsletter for the latest information